AlterG: The Future of Physical Therapy

The future of physical therapy has already arrived! The AlterG Anti-Gravity Treadmill allows patients to walk and run faster, longer – and without pain – so they can enjoy safer, speedier recovery from surgery, injuries and a wide range of medical conditions.

What Is the AlterG?

NASA scientists were presented with a serious challenge: How could astronauts exercise in a zero-gravity environment without having to strap themselves down to treadmills? They named their solution “Differential Air Pressure (DAP) technology.” Using DAP technology, astronauts artificially weigh themselves down on treadmills, thus eliminating the need for harnesses that would impede their natural ranges of motion.

But DAP technology revealed itself to have an even more revolutionary application down here on Earth. Once they installed a pressurized air chamber on an otherwise conventional treadmill, the AlterG company proved they could effectively reduce a runner’s weight as well.

The AlterG Anti-Gravity Treadmill looks far more mundane than its extraterrestrial origin suggests. In addition to a treadmill, the device includes a pressurized tent which sits waist-high on the user. The computer-controlled air chamber can reduce the user’s weight by one percent increments until it has lowered their weight by as much as 80 percent! 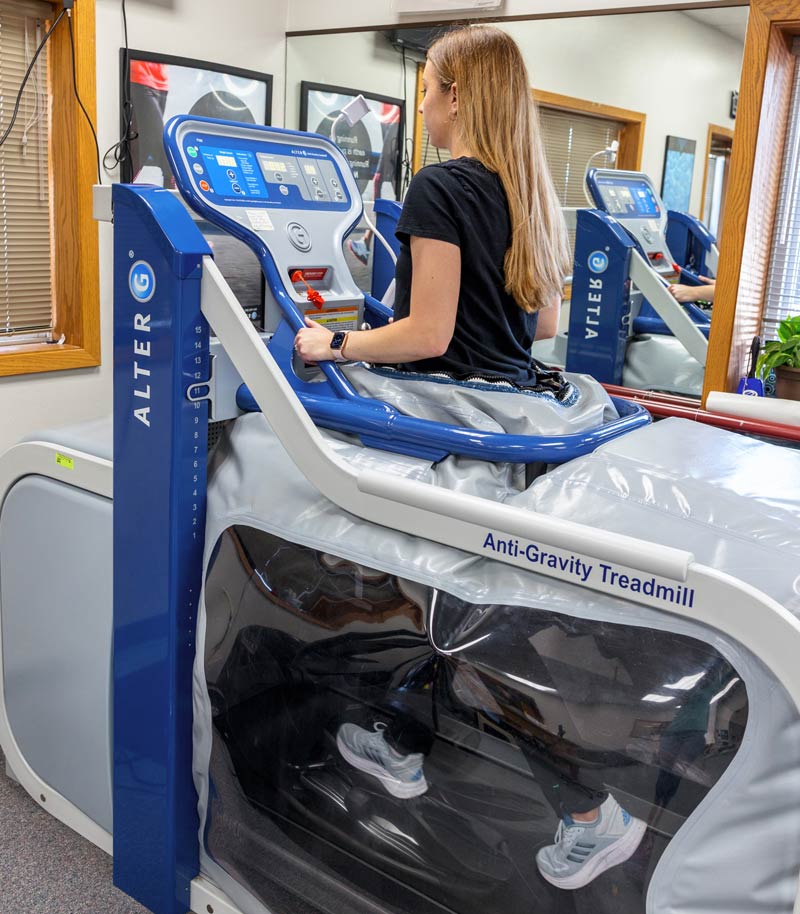 Who Can Benefit From the AlterG?

The AlterG is currently used by over 4,000 facilities worldwide because it enables patients to exercise, train and recover from injury while placing significantly less stress on their joints, tendons, ligaments and bones.

You don’t need a background in orthopedic therapy to imagine how useful a treadmill which reduces its user’s weight can be. Patients who are managing a chronic disease or neurological condition can walk and run just as they would normally – without the need for cumbersome harnesses or hydrotherapy. Athletes who are recovering from injury or surgery can ease themselves back into their training regimens without placing potentially harmful stress on their bodies. People who are overcoming obesity dramatically enhance their endurance by reducing the amount of gravity their bodies are subjected to. Seniors who are at greater risk of falling especially benefit from safer, lower-impact exercise on the AlterG.

What Is the AlterG Used For?

Multiple clinical trials have shown that AlterG therapy reduces pain associated with exercise, accelerates recovery from athletic injuries, improves gait in patients living with neurologic conditions, and far more. As such the AlterG currently has a wide range of therapeutic applications, including: 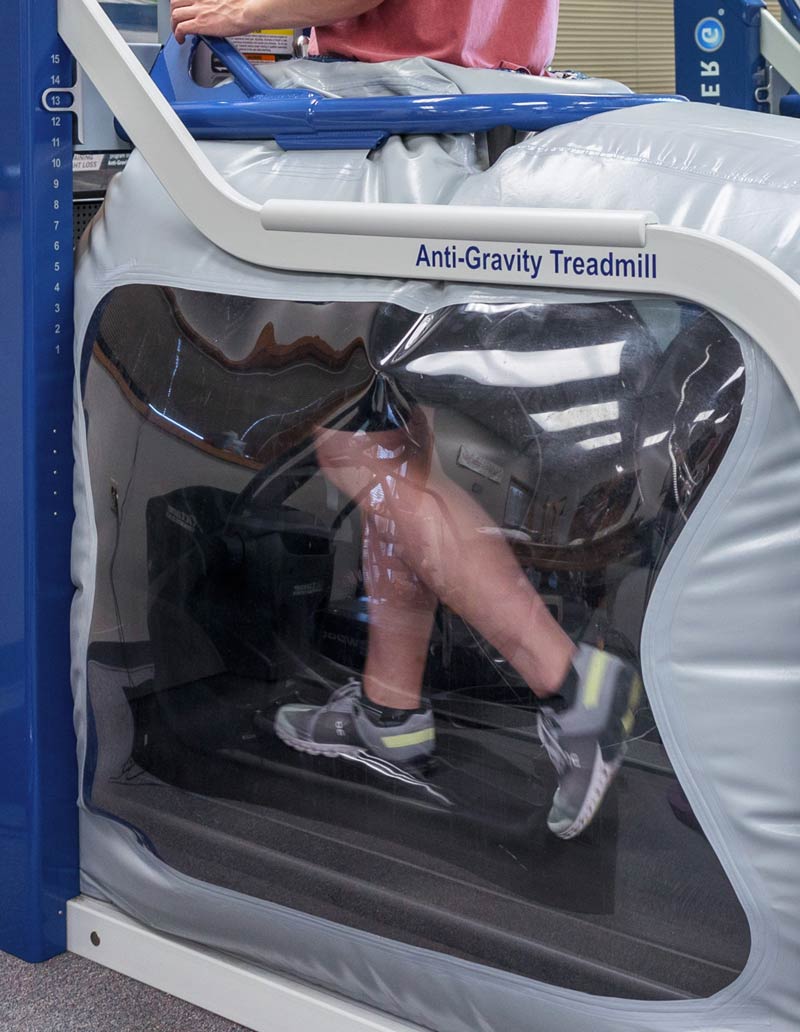 Please contact us to learn more about our revolutionary AlterG treadmill

Monday to Friday: 7:00 AM to 6:00 PM
Evenings and weekends by appointment only!

Send Us A Message

We Stand With Ukraine

Call 605-335-7723 if you’re interested in providing help, making donations, etc. and we will get you pointed in the right direction!